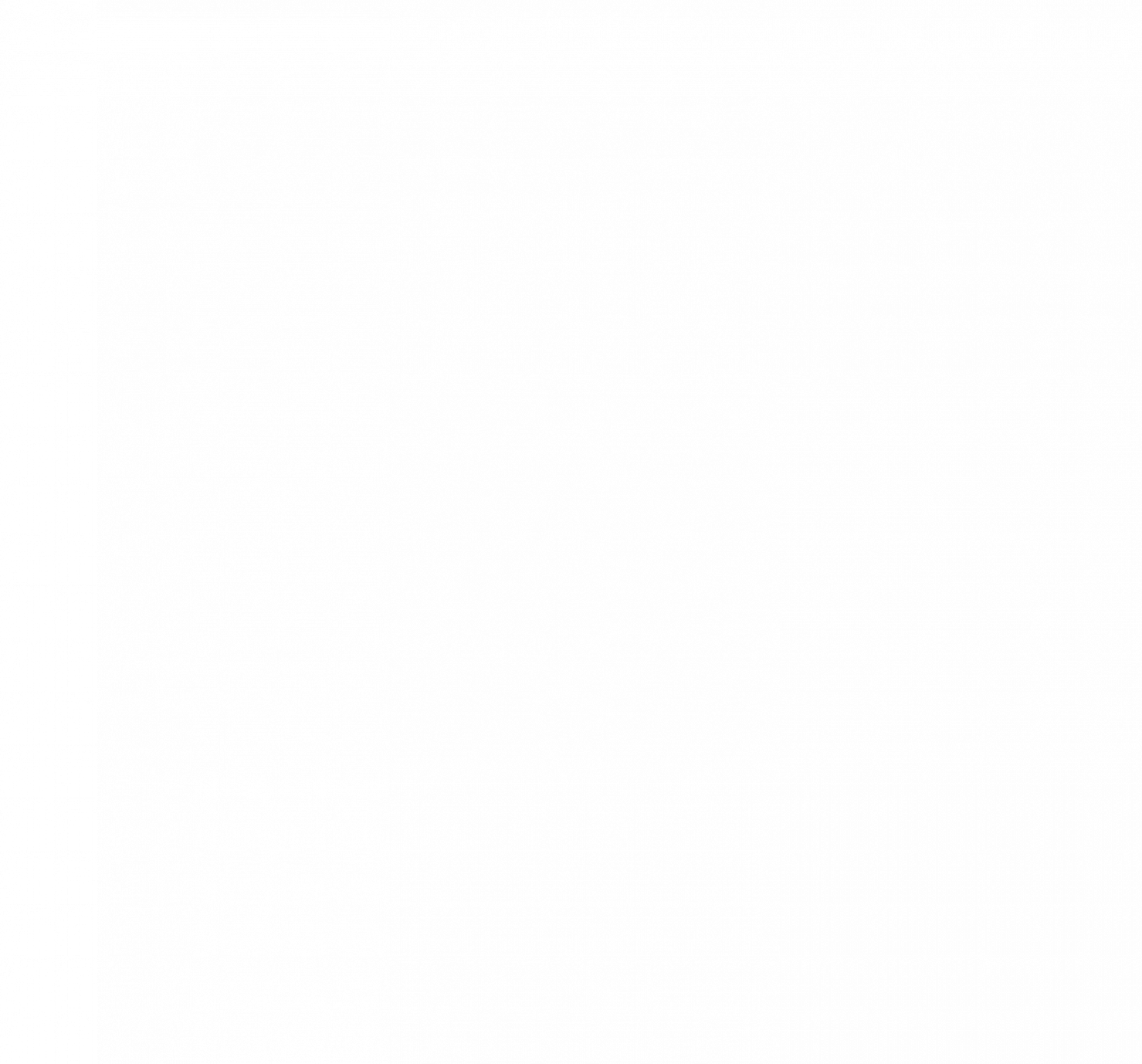 The Sales Cycle: 10 Cautionary Tales to Improve Your Sales Process

I am a student of The Sales Cycle. I have listened to many seminars where purchasing agents were the speaker. They all say that when you are in the purchasing position, you may think that you are in the “power position” but that is not always the case. When you are buying a product, you are also being ‘watched’ by the person you are gaining information from. They know you may or may not buy their product, but they also know that in the world of business all things come around. At some time you may be the one on the selling end of The Sales Cycle and be the one offering your product to the person you that is currently selling to you.

To demonstrate this concept, I would like to share 10 stories about The Sales Cycle that talk about how different companies have responded to what should have been easy business conversations.

1. Three years after buying it, the new owners of a very large factory in the promotional products industry are now contractually forced to change it’s name. As part of letting the industry know they are changing their name, they sent out a survey. The survey asked for very specific information and honest feedback. I responded but did not get the requested response to my feedback. I have sold that company’s products for three decades and if our business relationship was going to continue, I wanted to make sure my input was heard because it would benefit both their company and mine. A month after completing the survey, without a response, I had the choice of selling their Murphy’s Law calendar or one produced by another company – I chose the other. They continue to be discussed in an industry social media group with everyone wondering “What happened to X Company?” In fact, since they took over, it has been obvious to everyone in the business that their customer service has tanked. They have made The Sales Cycle far more difficult and are losing sales because of it.

2. I had a non-real estate related question for a realtor with whom I had done lots of business. I sent three emails asking if she knew a salesperson who name dropped that he had worked with her. She did not respond if she actually knew them. I simple response was required, at best. Two (no) or three (yes) letters. Do I continue to refer that realtor, especially when that city’s market is filled with competitors?

3. We had a handyman in our networking group. We needed our front doors refinished and I tried 7 times to hand him the business without asking for a quote. He did not respond. In fact, within the group, 3 others said that they had the same experience. One of them said that she had referred a friend to him and he did not respond. She said it “Makes me look bad.” After the 8th non-response, we found someone else and he did a great job.

4. A home health care company asked for promotional product samples and pricing. After they received them, I followed up six times, but they did not respond, with either a yes, no, or still thinking. I then had someone ask for a company like theirs for a parent. I could have referred them, but did not want to take the chance of my referral person not being contacted. Ghosting a sales person is never a good idea as a way to end The Sales Cycle.

5. An insurance agent we use asked for coaching information. We provided it, along with a rather detailed description of what we would do for his firm. We gave him preliminary information on how we would assist his business. What he did not say that he was going out to bid. When we heard we did not get the job was when we heard that it was a bid situation. That would not have changed our pricing, but I know one thing – the lack of information makes it CERTAIN that when it time for his renewal, we will be shopping it.

6. This one is a conglomeration. Sharyn is very active on LinkedIn. She reaches out to, and responds to, potential lead sharing partners every day. That means she is on teleconference or phone calls almost as often. It is amazing that there is a pattern of people who will either no show her or give her less than 15 minutes notice that something came up. Today, a person who is a life coach and also teaches piano, said that she had two back-to-back pupils and was Sharyn available later in the day. That was 10 minutes before their call. She didn’t know she had those students a few hours prior?

7. Several months ago, I reached out to the president-elect of one of the chambers on which I sit on the board. Since we left Los Angeles for Sedona, she was the first president I did not know before our move. My email said I would like to get to know her and see how I could help in the upcoming year. She responded that she would get me three dates and times and we could pick one. In waiting for that call, I looked at her website and had a couple of ideas plus a couple of URLs that would serve her search engine optimization better than the one she was using. She never sent the dates. But today, she left me a voice mail asking for sponsorship money for an event that the chamber is having next month. What would have been a definite YES if she had connected is now an “I don’t know.” This last story was the inspiration for this blog, and I have been collecting the others ever since.

8. I caught myself almost doing this, too. I met a regional manager from STAPLES on a Chamber of Commerce networking teleconference. He offered to set up business accounts and made a free offer with a minimum purchase. Since I needed a couple of solid state external drives, I thought it was a good idea. Then I found myself getting busy and it took me longer than it should to ‘deal with’ the set up. Remembering that I was writing this blog, I made sure I responded and we ironed out a few details. It ended well, I now have two drives that allow me to store my photos plus an account with the company. And Staples lived up to their promise, as well. The free gift arrived promptly, as did my drives. They were on top of The Sales Cycle by making it easy to do business with them. Would you like a bonus gift for reading this blog? It’s simple: Just go to YourBonusGift.com

9. Sharyn responded to another connection request on LinkedIn with “thank you for the connection. I’m looking forward to reading more of your posts and connecting.” Five minutes later, she got a message: “That’s great. I looked at your website and did not see any video. It’s the best way to connect with potential clients. I attached a proposal that will show you how we can make your website better.” Interesting come back. Especially since we have video on EVERY page of our website. The lesson: stock responses, like stock photos, will make you look less than professional. The Sales Cycle will be different with lots of clients. In fact, The Sales Cycle can be slightly different with EVERY client. It would have helped them move us through The Sales Cycle if they looked at the Yuloff Creative website and online footprint first. This happens to me constantly on Facebook as well. Remember to set up the relationship before beginning to sell.

10. One of our clients was hired to do some work for a retail store. It was a new customer to her and she was very excited. She did all the preliminary work, which was 3 to 4 hours of effort. When they presented it to the owner of the store, he seemed to act like he had not said YES GO AHEAD (I saw the email. He did.). Did he change his mind? That is allowed, but why didn’t he reach out and tell our client? This is a great reason to not do business on a handshake, especially with a new business relationship. I have learned this lesson way too many times in the past, and now share this tip with you. The Sales Cycle is not completed until you do the work. But it is also not finished until you get paid.

Here are questions for each of us when we are in both the buying chair of The Sales Cycle as well as the selling chair:

How we treat salespeople during The Sales Cycle can say a lot about how we will be treated when we are on the other side of the table. I would love to blame Covid-19 as a reason for business owners to get behind on their email and returning phone calls, though this was a challenge far before that pandemic hit.

During a coaching call with Forbes Riley the other day, she reminded me of a quote that I believe is from Iyanla Vanzant: “The way we do one thing is the way we do everything.” It goes along with that other saying “Do unto others….”

We talk about the best ways to follow up during The Sales Cycle in a seminar on Follow Up. It’s called “10 Biggest Follow Up Myths that are Stealing Your Sales” and is on the Yuloff Creative You Tube Channel and blog.

While I am at it, I will share another quote by Gary W. Keller that Sharyn and I remember constantly: “What’s the ONE thing you can do such that by doing it everything else will be easier or unnecessary?” And whether it is follow up skills or any others, we would like to offer you something will make everything else you do during the sales cycle easier.

We would like to offer you a Free Marketing Consultation. Most small business owners, just like you, that take advantage of this conversation, report back that their 30-minute success call was worth at least $10,000 in increased sales and savings to their bottom line. Let’s begin our conversation by increasing your profits. Go now to www.FreeMarketingConsultation.com